The Seventh Meeting of the Consultative Committee of Experts: Part II

The second part of meeting of the Consultative Committee began with a review of recent scientific analysis that could become part of resolutions and agreements passed by the Sea Turtle Convention in its next Conference, summer 2015. The science report showed that plastic is the most dangerous pollutant or activity to sea turtles as a whole, and that plastic trash has reached unprecedented levels in South American countries. As a case study reported, more sea turtles in Uruguay die from trying to eat plastic than from fishing. This trend has also been shown for the other member countries. Ingesting plastics often occurs when many of the sea turtle species mistake clear bags, wrappers, and containers for jellyfish, a primary or in some cases only food source. The Consultative Committee had to decide, however, that monitoring sea debris and plastics was too broad for the Convention and that ocean currents made it too difficult to pinpoint what areas or even what countries were responsible for the most trash.

The Consultative Committee, still examining various science reports, also took a particular interest in climate change. Most scientific reports about climate change are far too general for practical application. The Committee hopes to implement more specific measurements such as those used by WWF, the World Wildlife Fund. One specific measurement that would be especially helpful would be changes in sand temperatures because sand temperature determines the gender of developing sea turtle eggs. Warmer temperatures result in females, while cooler temperatures result in males. Potential warming could upset the species gender balance. The problems with most climate change measurements are reports have yet to be quantified in many countries, and in those countries that do measure climate change the report is often a new addition, making it hard to see a pattern over a longer period of time. 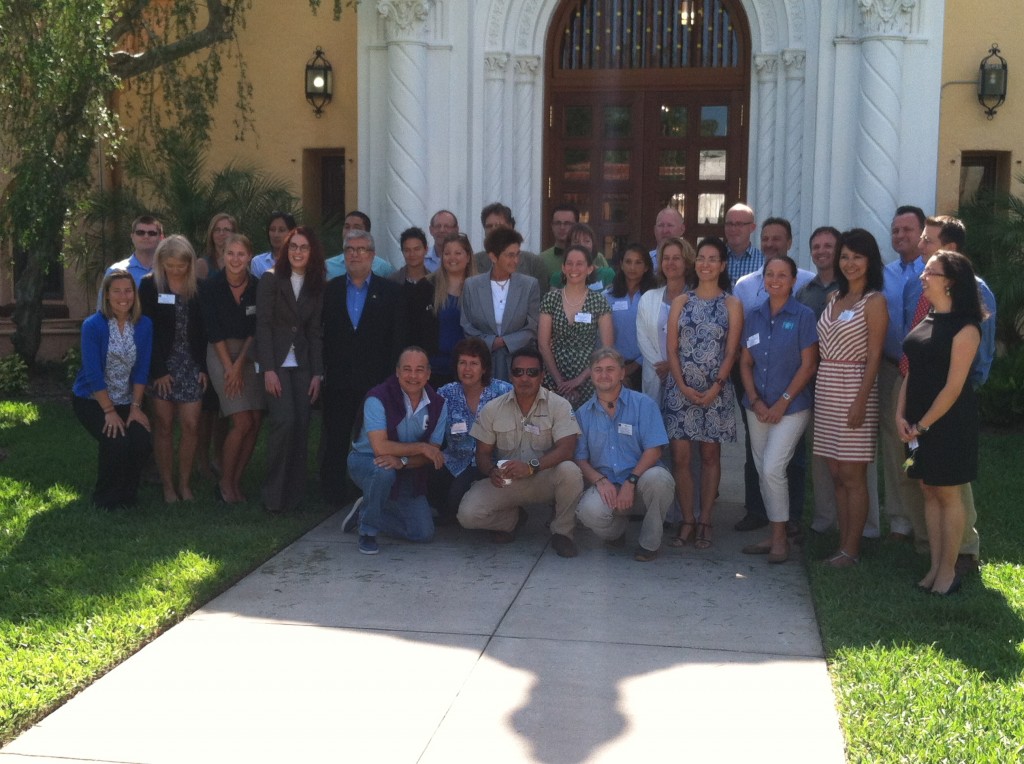 After reviewing the scientific reports, the consultative committee reviewed some exceptions. These are granted to certain countries requesting removal from having to comply with some specific Convention resolutions. The most common example is that the Convention bans the trade or consumption of sea turtle eggs. However, in some areas this practice is traditional to the people’s culture or is critically necessary for their livelihood. Two such countries with this exception are Costa Rica and Panama. (Guatemala also has some exceptions.) The report for Costa Rica, which was presented by Ms. Jenny Asch, showed the exception as generally appropriate with a goal of reducing egg consumption. In contrast, the report from Mr. Rafael Munoz about Panama quickly sparked controversy. The Convention at the last Conference of the Parties passed an exception to some small beach communities who drew their subsistence from sea turtle egg farming. However, when this exception was passed, the Convention was unaware the practice was already outlawed by federal law in Panama. The Convention doesn’t have the authority or the wish to exempt Panamanian communities from egg farming against federal law. The entire Consultative Committee took this revelation of the national law with understandable surprise.

The Committee then worked on drafting cooperative understanding documents with other international organizations that could benefit from a partnership with the Inter-American Sea Turtle Convention. The first was collaboration with the Sargasso Sea Alliance, or SSA. After a presentation by Ms. Morrison, a Deputy Executive Director of the SSA, the Committee drafted a document to explain the importance of Sargassum beds for sea turtles as a way to kick start the relationship with SSA. The Committee also wants to work more closely with Ramsar, the international treaty for wetland conservation; the Committee would later begin a technical document for mutual agreements with Ramsar. The Committee also received reports from a Ms. Cathi Campbell about the Status of the Hawksbill Turtle with regard to CITES, the organization that monitors threatened and endangered status animals and the trade of those animals. One other interesting connection between the Committee and the university was the International Environmental Moot Court Competition, also hosted at Stetson, which examined the tension between sea turtle protection and cultural practices.

After receiving the sum of all reports and finalizing their own Work Plan, the Consultative Committee divided up into working groups. These were to create possible resolutions or possible resolution improvements for the IAC to consider at its next Conference. The five major issues that received a work plan were: (1) Resolution Compliance, (2) Exceptions, (3) Marine debris, (4) Their Work Plan, and (5) The Sargasso Sea Relationship. These groups started their preliminary recommendations, which will be advanced until they are presented to the Convention.