The winners will be announced at The Sustainable Buzz on November 10th.  Nominees will receive two complimentary tickets and the event is open to the public and is attended by sustainability professionals, business leaders, government officials, academia, non-profits, and like-minded community organizations. We encourage everyone to come out to support the companies and organizations in our area that are leading the way in sustainability and become inspired by their stories…and maybe pick up a few ideas!

To see more photos from the 2019 event,
please see our photo album on Facebook

Is a good citizen of Tampa Bay and the world through fair and beneficial business practices for employees, community and supply chain. Examples: employee benefits and satisfaction, civic engagement, giving back, human rights, animal rights, empowerment and equity.

Now in its 14th year, this annual event recognizes businesses and organizations in the Tampa Bay area that are committed to making a positive impact on the planet. Since 2008, more than 120 businesses have received the award. From small local farms to large corporations, we honor their commitments to social responsibility and environmental stewardship. See all past award winners here.

Nominations are accepted each year through an open call process. To be eligible, the nominated entity must have a location in the Tampa Bay area. Completed applications are ranked in the three pillars of sustainability against peers in size and industry.  Finalists and winners are selected by a third-party review and panel process. 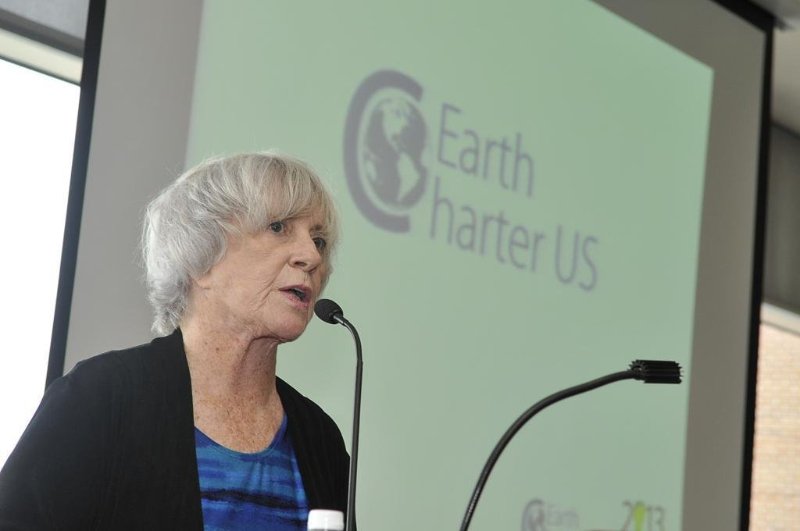 Jan Roberts has been a changemaker for economic, social, and environmental justice for over 45 years. Since 2013, she has been an independent filmmaker focused on documenting systemic solutions for the wellbeing of people and the planet. Her documentary, UNDAUNTED, is in production and features Native and Black Changemakers and their allies putting traditional values for “all life is connected” and “wealth is more than money” into wealth building initiatives on reservations and in cities.  UNDAUNTED has been recognized as a “Hot Film in the Making” by From the Heart Productions in California.Previously, Jan served as an NGO Delegate to the United Nations Commission on Sustainable Development and founded Earth Charter U.S. to support community organizers in their local sustainability efforts. She was invited by Mikhail Gorbachev, former president of the Soviet Union, to the global launch of the Earth Charter where she was recognized as the leader of the grassroots movement in the U.S. As an adjunct professor in the College of Business at UT, she launched the “Sustainable Business Awards” in 2007, which is the precursor for this event today.