The Seventh Meeting of the Consultative Committee of Experts: Part I 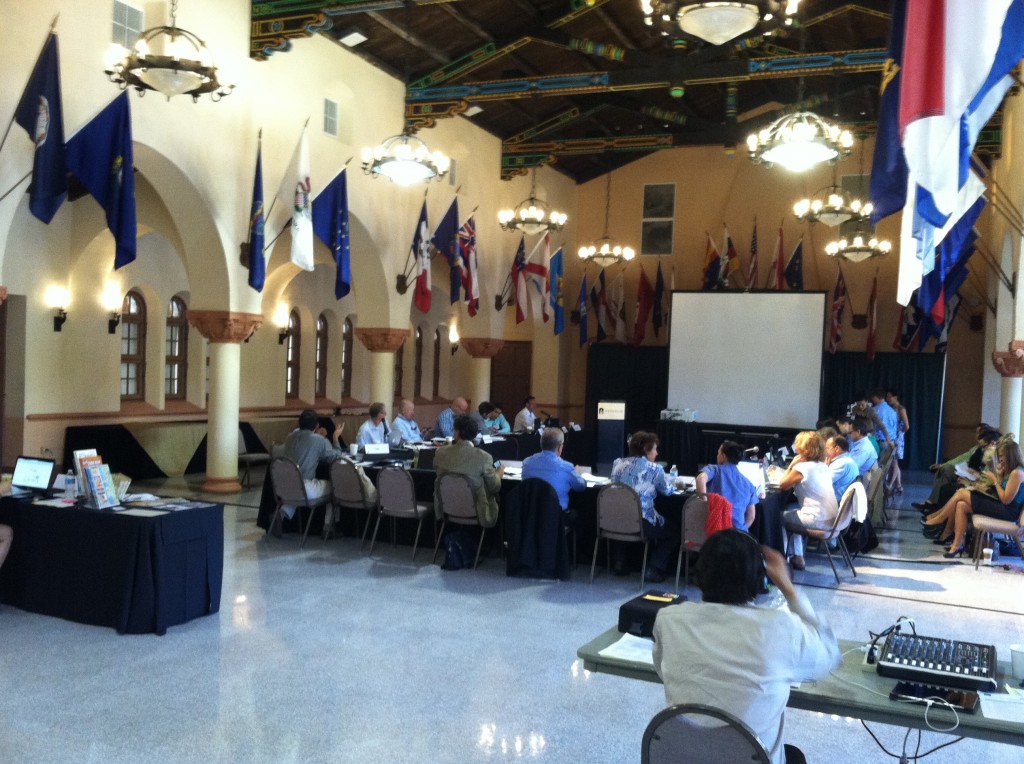 The participants of the seventh meeting of the Consultative Committee arrived from across the United States and the Southern Americas to gather in Stetson’s great hall. The meeting began with a gracious welcome delivered by Stetson’s Associate Dean, Theresa Radwan, wishing the members a successful and productive meeting. The Committee Chair, Paul Hoetjes, from the Caribbean Netherlands, called the meeting to order and took attendance. Most of the fifteen contractual countries were able to send representatives, and a few, such as Argentina, participated through Skype. As well as the countries representatives, The Chair also welcomed the Secretariat, the Scientific Community members (from Brazil, Costa Rica, and Venezuela,) the non-governmental organization representatives (from Colombia, Peru, and Uruguay), and the private sector members (from the United States and Mexico). The Chair also welcomed observers, including Professor Roy Gardner from Stetson, Kate Morrison from the Sargasso Sea Alliance, and Stetson students. These students were participating in a new Stetson summer course: “Topics in Biodiversity Law: Sea Turtles.”

After further opening formalities the committee accepted the agenda, but only after some members made a change to increase the amount of time devoted to discussing the host proposals. This discussion time would be alloted last in the order of business. The committee also reviewed the minutes of the last meeting. The first new order of business concerned updates on adding new countries to the treaty: the Dominican Republic recently had its congress ratify the treaty, Columbia is still working on the ratification process, Nicaragua has shown recent interest, and Bermuda has just been approved as a new Contracting Party of the treaty and the Convention.

The Secretariat Pro-Tempore then delivered a summary of her recent work on behalf of the Convention. She has been working on cooperation agreements with other conservation international treaty organizations such as CITES (international trade of endangered species,) ICCAT (Atlantic Tuna fisheries,) and the Sargasso Sea Alliance (seaweed beds in the Atlantic). She has also conducted education programs in Honduras and Guatemala to educate locals about sea turtles. Her talk explained that local fishermen and marine officials are often the least aware of conservation efforts, but with education programs these important groups often make the greatest differences in conservation. The Secretariat Pro-Tempore also has been working in Louisiana, Ecuador, and with Atlantic Sargasso to further sea turtle conservation. She also summarized the progress of the last Conference of the Parties during summer 2013, and then she touched on both making exceptions for some of the outstanding resolutions and the Permanent Secretariat debate. Her final comments were to thank Stetson for providing the venue and support. The Secretariat P.T. was thanked in turn for her hard work. (Below, countries now contracting parties of IAC; does not yet include the Dominican Republic.) 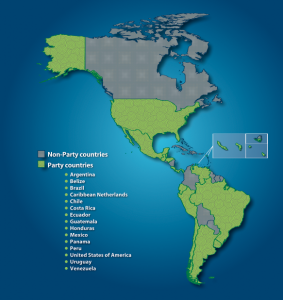 For the remainder of the morning, the meeting turned to resolution compliance by reviewing reports of how well member countries were able to follow the Convention’s resolution. This year, more countries than in past years had sent annual reports that included formerly unreported beaches. Countries were most likely to fully support the Leatherback turtle and sea turtle trafficking resolutions because these were and are considered the most critical. The fewest countries complied with resolutions requesting studies on climate change, which for many countries on limited budgets or with more pressing concerns seems a low priority. Many of the South American countries were struggling to prevent rapid decreases in protected beaches as development was prioritized. One of the interesting questions was whether countries could report programs other than compliance to demonstrate their support of sea turtle conservation.

After lunch, the Consultative Committee turned to the most endangered and dire sea turtle situation: the imperiled Eastern Pacific Leatherback. The Eastern Pacific Leatherbacks’ numbers have been rapidly falling and continue to plummet today. In 1980, there were an estimated 20,000 nesting females, while today there are under 1,000 nesting females. Almost half of the nesting sites are found in Mexico and Costa Rica, but Peru and Ecuador are both quickly seeking to support efforts to prevent the Leatherbacks’ extinction. The greatest human-related threats are long net or gillnet catches, which unintentionally capture and drown the sea turtles of fishermen on the Pacific coasts. A program was drafted to address this concern. Funded by Chile, the United States, Peru, and Mexico, the program will train fishermen on the Pacific how to release sea turtles from their nets and also to train observers to monitor whether fishermen are following the proper procedures to prevent sea turtle deaths. The program will also insure accurate counts are kept, while key ports around nesting sites are prepared to help release the captured sea turtles.

The first part of the Consultative Committee meeting concluded suddenly.

The meeting was working through the recommendations of the Scientific Committee (the other committee under the Convention) when a Stetson administrator entered the room to stop proceedings and announced a gas leak on campus. Stetson’s Gulfport campus was undergoing new construction on older buildings and workers had accidentally ruptured an old gas line, effectively drawing the first part of the meeting to a decisive close as participants evacuated the campus. 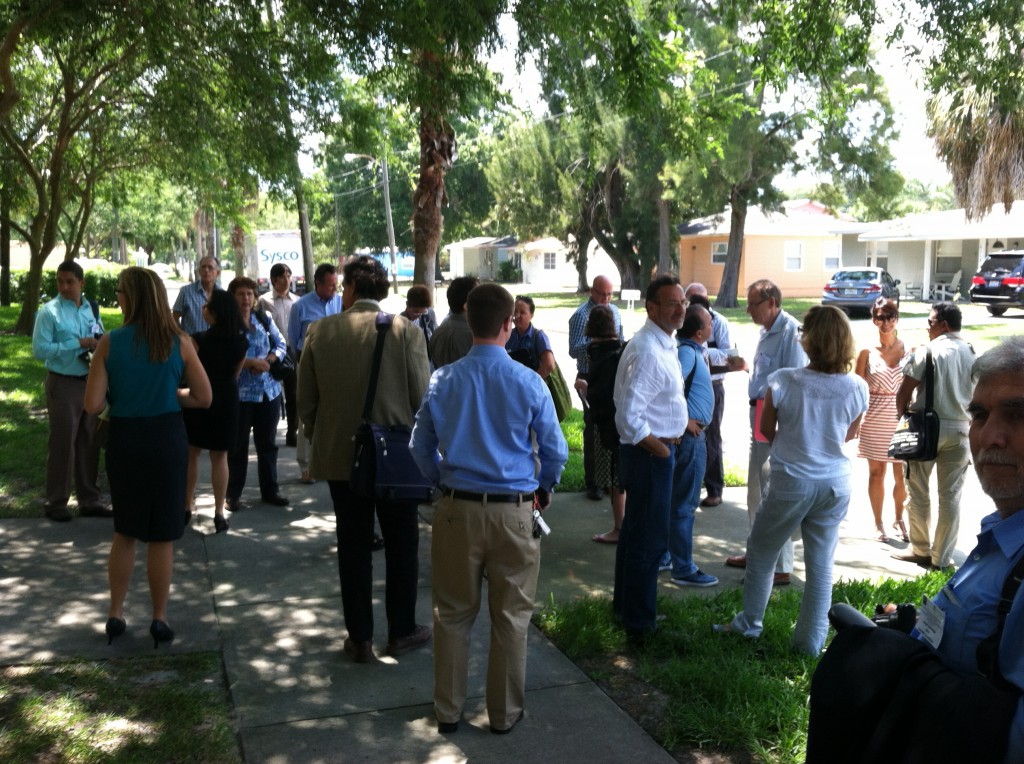